The Core In Functional Movement

Core activation: what is it and how do I activate it properly?

Core stability training seems to be all the rage lately. Thankfully, we’ve progressed (for the most part anyway!) from the days of double leg lifts and where ab curl devices were the go-to exercise and seen the popularity of better-devised programs such as Clinical Pilates, de-rotation exercises and swiss-ball training.

Proper core activation is not just about ‘sucking the tummy in’; it involves a complex interplay between different layers of muscle, both deep and superficial, their activation, correct timing and a good balance between flexibility and strength. Core conditioning also entails an accurate assessment to determine exactly where in the system a deficit exists and a specific program aimed at improving these, which unfortunately doesn’t often come with more generalized programs aimed at a healthy population with no issues.

Background on the origins of ‘core stability’

The contemporary concept of core stability began about 20 years ago (in Aust), with a pilates instructor working with dancers of the New York City Ballet (1960’s). Pilates, as an exercise system was developed during WWI by Joseph Pilates, who was a German prisoner of war working in the hospital of the camp in which he was held in England. He developed a system of physical therapy to help bedridden patients develop the physical capability to get out of bed after periods of inactivity.  He had previously been studying Iyengar yoga and translated the concept of bandhas to anatomical understanding and an exercise regimen.

BKS Iyengar’s approach to yoga was anatomical and somewhat authoritarian, and he pioneered the use of props to facilitate poses and support therapy. In later years, Pilates was popularized in dancers who were fit, strong, and flexible (1960’s). This eventually transferred to physiotherapy studies and the Pilates classes that we know today.

Professor Paul Hodges, from The University of Queensland, has investigated activation of specific muscles that support core stability. He placed fine electrodes intramuscularly into the transverse abdominus (TA) and multifidis muscles, first in pigs and then in humans, noting the timing of the muscles ‘switching on’ as an anticipatory response.

So what is the ‘core’ exactly?

Your core consists of:

The Inner Unit: These are usually what are referred to as the deeper stabilizing muscles consisting of the transversus abdominus, posterior fibres of internal oblique, diaphragm, pelvic floor muscles and multifidus (located deep in your lower and middle back) and parts of rotatores.

The Outer Unit: Made up of the phasic, ‘prime mover’ muscles. Note that some of these have a dual role in both moving and stabilizing such as your quadratus lumborum, hamstrings, oblique abdominals, rectus abdominis and adductors.

Thoracolumbar fascia (TLF) and Hydraulic Amplifier Mechanism (HAM): These mechanisms play an important role in the correct function of your core stability system. Not to be confused with the TFL - which attaches to part of your pelvis and tibia, affecting your pelivc, hip and knee function!

What to watch for during ‘core’ activities

Why is this important?

Timing and sequence is important

Inner unit should activate before the outer unit

Inner unit should contract before starting a movement

Outer unit activation can help under greater loads but shouldn’t be working in a stabilizing role under light loads; this is an incorrect pattern

Core activation is NOT just about drawing in your navel all of the time; correct function involves these systems turning on at the right time and when they’re needed

A good physiotherapist will be able to accurately assess your core condition through a series of tests such as:

Development of a customized program addressing your specific deficits and at the level you’re at now, plus appropriate progression towards the level you need to be is essential, and often requires the guidance of a well-trained physiotherapist. This will ensure you’re not only doing your exercises correctly but also that you’re spending your time efficiently and safely. 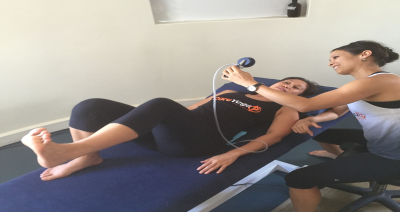